How to promote the development of micro-grid systems?

Q: In recent years, micro-grid systems based on distributed generation have been widely mentioned. At present, what is the technical level of China's micro-grid power system? What problems should be paid attention to in the actual construction and operation of the micro-grid?

In 2012, the micro-grid research team with the China Electronic Engineering Design Institute as the core conducted research and pilot projects on the micro-grid project in Sun City, Turpan. Through the experience of this pilot, I believe that in the future research and development of micro-grid, there are several major issues that need attention.

The first is the coordination problem between power supplies. Micro-grid contains multiple micro-power supplies, and coordinated control between micro-power supplies is a key issue to consider. The micro-grid contains traditional power supplies, renewable power supplies, and various energy storage components. The time constants of these components are different, and the energy in the power system is instantaneously balanced. How to coordinate the control strategies of these components, maintain the stability of the micro-grid operation, and minimize the impact of these uncontrollable sources on the main network. It is possible to take advantage of the economic benefits of distributed generation in the industry micro power grid design, which are issues that need to be explored in the future. 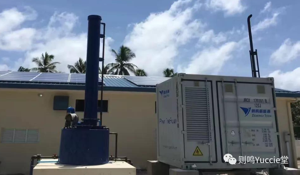 The second is the control of the device in the micro-grid. Due to the introduction of many advanced power electronic devices, how to achieve intelligent control and optimal control of these devices is also an important issue.

In addition, the stability analysis of the micro-grid, micro-gird solutions, harmonic problems and the use of existing small generator sets are also worthy of study.

@Desset: A major function of distributed micro-grid energy storage products is to save electricity costs by cutting peaks and filling valleys in the peak and valley electricity price era.

@ Avenue GT: Regarding distributed micro-networks, domestic research has also begun, but it has not been implemented. Obviously the cost is many times higher than N, but this is a trend and an inevitable trend. So now, it has a demonstration effect, and this business opportunity is as old as the Internet.

Next The Performance Doubled, But the Stock Price Plummeted