The on-grid price of photovoltaic power generation has continued to decline. According to CCTV reports, China's PV has been able to achieve a cheaper Internet access. At the same time, the continuous decline in electricity prices will also reduce costs. At present, the cost of photovoltaic power generation is equivalent to the cost of thermal power, and the cost soon. It will even be significantly lower than thermal power.“Promoting the cheap access to the photovoltaic industry” Currently, the total cost of some PV projects can reach 3.5-3.6 yuan/W. This not only promoted the substantial increase in the scale of photovoltaic applications, but also achieved the “weaning” process of the photovoltaic industry, no longer relying on financial subsidies to promote the sustainable development of photovoltaics.China's PV costs have fallen by nearly 40% in the past three years, and the cost reduction is slightly faster than the global average. Technological advancement, policy support and large-scale development are the main thrusts of cost reduction. 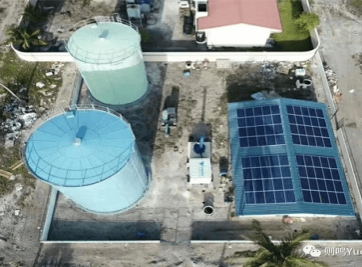 2. The growth of distributed PV is strong, and the foreign optical storage user side has achieved parity.

Our company can also do industry micro power grid design.

Next How to promote the development of micro-grid systems?