Desalination is Once Again on Nature Nanotechnology!

Due to the relatively low energy consumption of reverse osmosis (RO), it is currently the most widely used seawater desalination technology. However, the high pressure required to overcome the osmotic pressure of high-salt brine makes it unusable for the desalination of critical industrial wastewater, such as water and reverse osmosis concentrates produced by oil and natural gas, and zero liquid discharge processes.

Conventional thermal desalination methods, such as multi-effect distillation (MED) and multi-stage flash evaporation (MSF), can make the desalination or concentration of brine exceed the salinity limit of RO5, but they require a lot of infrastructure and high investment costs . At the same time, some inherent limitations also lead to very low thermal efficiency. For example, the temperature polarization on both sides of the membrane reduces the vapor pressure difference, thereby reducing the flux. As the length of the feed channel increases, the average transmembrane temperature difference decreases, and as the size of the membrane module increases, the average flux decreases. Surface heating membrane distillation technology overcomes some inherent limitations of conventional membrane distillation technology. 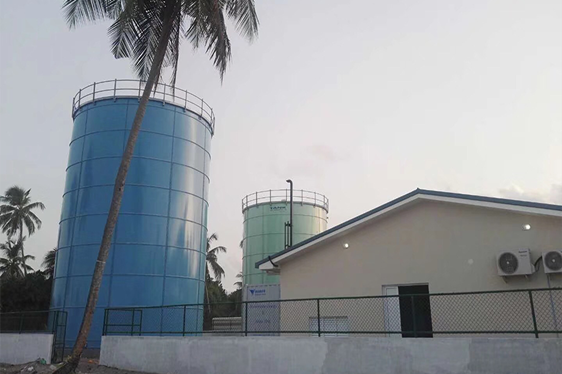 Highlights of this article

Previous The Future of Sodium Ion Batteries can be Expected