Recent investments into 11 GW of new coal generation capacity may result in reduced operating cashflows of $71 billion. That will occur, according to a report from the Carbon Tracker Institute, because solar and wind will become cheaper than coal in Japan by 2025 at the latest, despite high renewable energy costs at present. 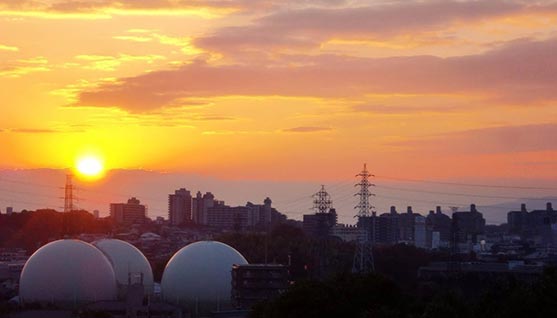 Even the relatively sky-high cost of renewables in Japan may soon undercut coal.

Even in Japan, where the price of solar and wind energy is taking longer to fall than in other mature PV markets, the relentless retreat of renewables costs will undershoot new investment in coal by 2025 at the latest.

That is the main conclusion of the Land of the Rising Sun and Offshore Wind study published by financial thinktank the Carbon Tracker Initiative with the University of Tokyo. The authors of the report claim the Strategic Energy Plan and Long-term Strategy for Decarbonization policies recently approved by the government lay the ground for an increasingly important role for renewables – which could mean grim news for the coal industry.

The report lists 21 new coal power projects with a combined generation capacity of 11 GW which are being planned, developed or built in Japan and warns several may be doomed to close prematurely and become stranded assets if the Japanese government is serious about its new decarbonization targets.

The paper’s authors developed a project finance model for each of the coal facilities which they said demonstrated, across three scenarios of differing lengths of time, how assets may soon become unprofitable and how, in a worst-case scenario for fossil fuel, they could suffer reduced cashflows totaling $71 billion. Some $29 billion of that could be avoided if the Japanese government reconsiders investment for new coal plants, say the authors of the report. The study also highlighted, 42% of the global coal fleet was likely to have become unprofitable in 2018 and that percentage could rise to around 72% in 2040.

The authors predict the levelized cost of energy (LCOE) generated by PV could be cheaper than new coal facilities by 2023. Offshore is expected to have reached that point by 2022 with onshore wind achieving the feat by 2025.

The researchers also predicted the LCOE of solar and offshore wind will be lower than the long-run marginal cost of existing coal plants – which have lower expenses than newly-planned investments – by 2025. “Our analysis shows that building coal power today equals high-cost power and fiscal liabilities tomorrow,” stated the report. “Japan’s planned and operating coal capacity is partially protected by regulations that give coal generators an unfair advantage in the marketplace.”

The study claims the design of Japan’s baseload power market, which also includes the costs of mothballed nuclear facilities, may protect coal asset owners from future carbon price exposure. The dispatch mechanism of that kind of market, which is similar to that adopted in France, prioritizes nuclear over solar and wind. That is a situation which may lead to the further curtailment of renewables, according to the study. “Without policy reform, the Japanese consumer may not be receiving the lowest-cost power possible,” stated the report.

The paper also suggests a retirement schedule based on the long-run marginal cost of every coal unit under development or construction should be defined now, enabling abandonment of the projects likely to incur the highest costs over their projected lifetime, to protect energy consumers.

The study recognizes Japan has renewable energy costs that are among the highest in the world but concludes the coal era in the country is coming to an end nevertheless. The first four solar energy auctions held by the Japanese government saw the price of electricity generated by large scale PV projects fall from an average of ¥19.6/kWh ($0.18) to ¥12.98 in the latest tender.

Japan had cumulative solar generation capacity of 55.5 GW at the end of last year, according to the latest statistics published by the International Renewable Energy Agency, including 6 GW of facilities added in 2018. A recent report by Tokyo-based research firm RTS Corp, stated the country could reach 150 GW by 2030.