Along with the over-exploitation of fossil energy and the destruction of the ecological environment, the development and utilization of renewable energy are receiving more and more attention and focus. As an important development direction of renewable energy, photovoltaic power generation has obvious advantages and huge resource potential, therefore, in recent years, the grid-connected capacity of photovoltaic power generation is growing rapidly, with an average annual growth rate of up to 50%. 2019 International Energy Agency (IEA) in its next five-year outlook, it is expected that between 2019 and 2024, the installed capacity of renewable energy will grow by 50%, especially to The most significant growth in installed photovoltaic capacity will account for 60% of the expected increase, while onshore wind capacity will follow with 25%.

As a country rich in solar energy resources, China's PV industry is developing rapidly, and the scale of grid-connected PV power generation is expanding. According to the National Energy Administration, by the end of 2019, the cumulative installed capacity of PV power generation in China was 204.3 million kW, up 17.3% year-on-year, and the cumulative installed capacity ranked first in the world. 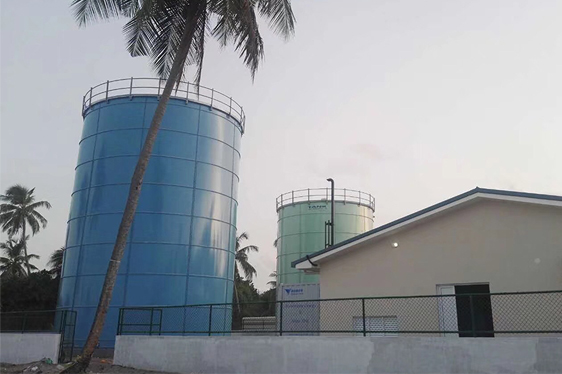 In view of the load characteristics and local power supply conditions of the seawater and freshwater system, zeming designed a set of hybrid network power supply system. Through the mutual complementation of public diesel power generation system, photovoltaic system, energy storage system and standby diesel power unit, the power supply for seawater desalination system is guaranteed and the stability of system operation is greatly increased. In response to different power cost and power supply continuity requirements, owners can choose a variety of operational strategies to meet their own needs.