Photovoltaic (PV) energy production is the fastest growing renewable energy source with approximately 100 GW installed in 2018, which brings the cumulative total to over 500 GW. This is the result of an ever-decreasing Levelized cost of electricity for PV, mainly attributed to: i) gaining efficiencies, ii) lowering PV module production costs, and iii) improving lifetime.

Especially lifetime of PV systems, and thus reliability, has been gaining importance recently. Different types of degradation are studied to assess the power generation during the lifetime of a module. Potential-induced degradation (PID) of PV modules is an important degradation mechanism caused by a high system voltage that drives ion drift towards the solar cell. These ions affect the proper functioning of the silicon solar cells and have been shown to induce rapid and significant performance losses of up to 50% at the module level within one year in the field. 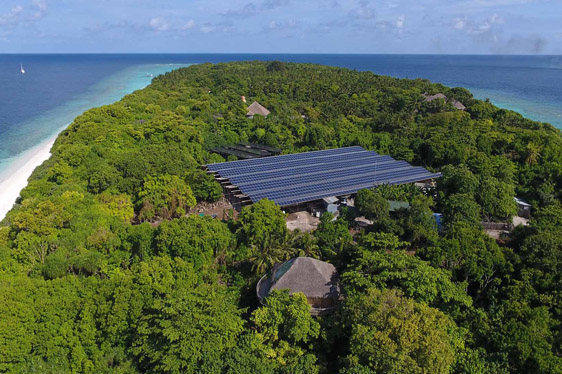 WHAT IS POTENTIAL-INDUCED DEGRADATION?

Today, PV system voltages of 1000 V and more tend to become common practice. The evolution towards higher system voltages is encouraged by the increasing scale of PV parks since it leads to efficient cabling of the system: for larger power values, when raising the voltage and keeping the current low, less copper is needed and losses are reduced. However, the high system voltage induces an electric field between the grounded PV module frame and the solar cell matrix, leading to alkaline metal ion (mostly Na+) drift into the solar cell. This phenomenon causes severe power losses and is called potential-induced degradation (PID). The Na+ origin is still unclear; some state the soda-lime glass as the source, others initiated PID in PV modules in the absence of front glass and hypothesized that the Na+ is present on the solar cell after the manufacturing process.

The occurrence of this failure mode depends on both the magnitude and the polarity of the electric field. When looking at PV modules in the system, those located at the positive pole of the string are not affected by PID since the Na+ drifts away from the solar cell. The modules located at the negative pole of the string are affected by PID, presented as dark-coloured solar cells.

PID starts evolving around the perimeter of the PV modules and gradually spreads further away from the PV modules frame as PID progresses. Further quantitative measurements also revealed that the voltage has a superlinear effect on PID progression.

Mitigating PID solutions for new products are demonstrated at cell, module and system level and are finding their way towards industrial applications. At the cell level, the anti-reflection coating (ARC) was found to play an important role in PID susceptibility. By increasing the conductivity of this layer during the production process, i.e. by increasing the Si/N ratio in the SiNX layer, the solar cell is less susceptible to PID. This can be explained by a twofold effect: (i) a reduction of the electric field responsible for Na+ drift through the SiNX ARC and (ii) neutralization of the advancing Na+ ions.

At the module level, alternative materials such as PID-free encapsulation materials or aluminosilicate glass can be used in the manufacturing stage, so that they render PV modules PID resistant (or so-called “PID-free”). Such materials are mainly contributing to PID mitigation due to their high electrical resistivity, and thus cancel out the charge drift towards the solar cell.

At a system level, the grounding configuration of the PV system can be adapted in such a way that the electrical field causes the alkaline metal ions to migrate away from the solar cell. However, the use of high-efficiency transformerless inverters does not always allow this approach. In addition, the use of module-level inverters or power optimizers significantly decreases the risk of PID due to the limited voltage build-up between the solar cell-matrix and the grounded PV module frame.