The micro-grid power system is a new type of network structure. It is a system unit composed of distributed power supply, load, energy storage system, and control device. It is an autonomous system that can realize self-control, protection, and management, and can run in parallel with the external power grid or in isolation.

Off-grid photovoltaic power generation systems are mostly used in areas far away from large power grids, such as the Gobi, beaches, islands, and other areas. 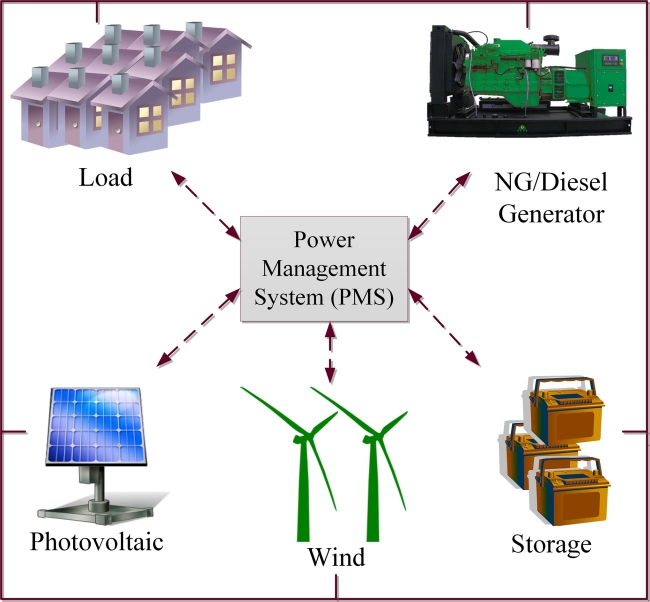 All have independent power supply characteristics;

Both need to match the best capacity for the battery.

The microgrid system is more complex, and there are more distributed power sources that need to be configured. Off-grid photovoltaic power generation systems only need controllers and off-grid inverters;

If the application is in remote areas such as Gobi and beaches that do not require frequent manual maintenance, the off-grid photovoltaic power generation system is appropriate. Therefore, this system does not need to be manned and can operate independently, and only requires regular maintenance of the battery.

If the application is close to a large power grid, which requires frequent maintenance and strict dispatching requirements, it is advisable to use a microgrid system, because the switching and dispatching of various distributed power supplies and the operation state of such a system all require human intervention, and some even require monitoring system.

The information is provided by hybrid grid system design company.

Next The Development Prospects of Microgrid Commercialization