Solar Power is Cheaper than Grid Power in China

According to a study published online in Nature EnergyCity-level analysis of subsidy-free solar photovoltaic electricity price, profits and grid parity in China, urban China's Commercial and industrial solar power systems are already cheaper than grid power. The economic incentive this implies could lead to a significant increase in the use of commercial and industrial solar systems in China in the near future.

When the price of solar power is higher than the price of grid electricity, the economic incentive to purchase solar systems decreases. In response to this situation, many developed countries have adopted the practice of subsidising solar systems. Developing countries such as China may not offer large subsidies, but the low cost of labour and system hardware may mean that the price of solar power may reach parity with grid electricity. 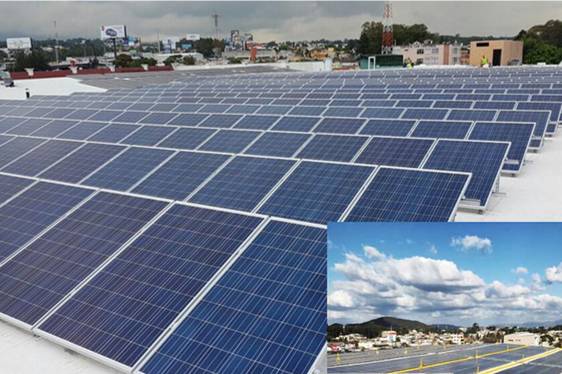 What is the principle of solar power generation?

Under the sunlight, the electricity generated by the solar cell elements is controlled by the controller to charge the battery or to supply the load directly if it meets the demand of the load, if the sunlight is not sufficient or at night the battery is controlled by the controller to supply the DC load, for solar power systems containing AC loads, an inverter is also required to convert the DC power into AC power.

Previous Photovoltaic Systems Inspired by the Wing of a Butterfly

Next What is the Cause of PID Formation?