According to a third-party testing agency, the full name of PID is potential induced attenuation, which means that when a solar module forms a high-strength negative voltage with the ground, the resulting potential difference will cause damage to the solar cell or module, and also cause a decrease in power generation efficiency. problem.

During the use of photovoltaic modules, there will be power attenuation caused by potential induced attenuation (PID), especially in tropical areas and areas with high humidity. The photovoltaic PID phenomenon of the P-type battery module is caused by the leakage current between the inside of the module and the frame, and the PID phenomenon of the N-type battery module is caused by the migration of sodium ions inside the module. When the voltage of the cell to the ground is negative, the positive ions on the surface of the component will gather on the surface of the cell.

The EMINENCE II AIMARGUES Galagos photovoltaic power station is located in the south of France. It was successfully commissioned in 2013 and is running smoothly. After five years of unremitting efforts, the performance of photovoltaic modules has declined and the power generation has declined. After various tests and troubleshooting, the power plant has potential PID problems. Fortunately, they found the Zenergy PID offset box. A total of five Low power consumption PID offset boxes were installed in this project. 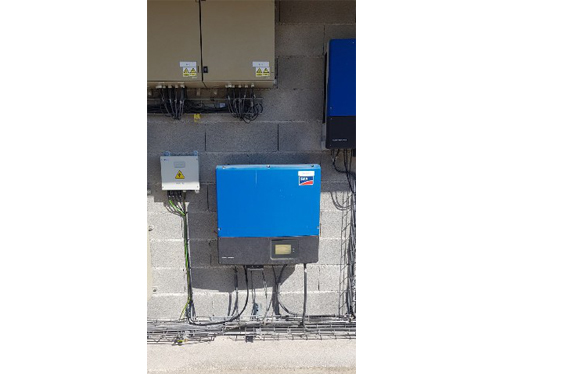 According to the installation instructions, each inverter is connected to a high-efficiency PID offset box. During the one-week PID compensation box operation, the power generation effect of the power station has been significantly improved, successfully protecting the income of the photovoltaic power station and investors.

PID can affect the power generation capacity and total output power of the entire system. In severe cases, it will directly reduce the investment yield of photovoltaic power plants. In recent years, it has become one of the pain points for international buyers to complain about the quality of domestic components.

Zenergy Tech Co., Ltd. is a team with 10 years of experience in the photovoltaic field and related power electronic equipment research and development capabilities. For many years, we have been committed to the rational use of renewable energy, such as multi-source hybrid system design and PV industry PID recovery solutions. Based on a deep understanding of microgrids, our comprehensive solutions are not limited to photovoltaics themselves, but from the perspective of the entire power supply system to provide owners with more reliable and efficient PV PID restoration solutions. Welcome to contact us.

Previous Why Does the PID Effect Occur?