PID (Potential Induced Degradation) means Potential Induced Degradation. The direct hazard of PID is that a large amount of charge accumulates on the surface of the cell, which deteriorates the passivation effect of the cell surface, which causes the cell to fill factor, open-circuit voltage, and short-circuit current to decrease, and the power of the battery assembly attenuates.

The actual use of some power stations at home and abroad shows that the system voltage of the photovoltaic power generation system seems to have a continuous "potential induced attenuation" effect on the crystalline silicon battery module. The current caused by the circuit formed by the crystalline silicon battery through the packaging material to the module frame is confirmed. In order to be the main cause of the above-mentioned effects, in severe cases, the power of a module may be attenuated by more than 50%, thereby affecting the power output of the entire power station. The PID phenomenon is also a problem that photovoltaics have been studying. 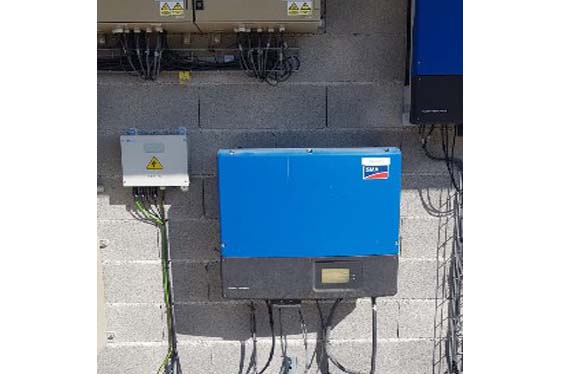 In 2005, Sun Power discovered that the crystalline silicon N-type battery has a PID phenomenon after a positive high voltage is applied to the module. In 2008, Ever Green Company reported the PID effect of P-type battery modules. However, there is no clear evidence to prove that in a photovoltaic power station that has been working for five years, the sudden drop in the output power of the modules is caused by the PID effect. However, in recent years, the photovoltaic industry has paid enough attention to the PID effect of battery modules. German testing company TUV released their recommended standards: TC82 standardization (82/685 / NP) temperature, humidity, bias voltage, conductor, the main environmental data for the above-mentioned parameter testing.

3. The cause of PID effect

Most of the PID effect occurs under humid conditions, and its activity is related to the degree of humidity, and the degree of pollution on the surface of the component is also related to the attenuation of the component. In practical applications, the PID phenomenon of crystalline silicon photovoltaic modules has been observed. Based on the differences in the battery structure and other components of the materials and design styles, the PID phenomenon may be caused by the positive voltage bias between the circuit and the metal ground frame. It may occur under the conditions of the N-type battery panel, or it may occur under the conditions of reverse voltage bias (P-type battery panel).

One of the causes of the PID effect recognized by the photovoltaic industry is that with the large-scale application of photovoltaic systems, the system voltage is getting higher and higher, and 20-22 battery modules are often connected in series to reach the MPPT operating voltage of the inverter. This leads to a very high open-circuit voltage and working voltage. Taking the 72-cell battery module of 300WP in the STC environment as an example, the open-circuit voltage of 20 battery modules is as high as 860V and the working voltage is 720V. Due to the needs of lightning protection projects, general components All aluminum alloy frames require grounding so that a DC high voltage close to 1000V is formed between the cell and the aluminum frame.

The above information is provided by the PID repair project company.

Previous What Do You Know about Solar Power Systems?

Next Why develop an Independent Microgrid System